Home › Religion › Dear Atheists, Christmas is a Christian Holiday. Deal with it.

Dear Atheists, Christmas is a Christian Holiday. Deal with it. 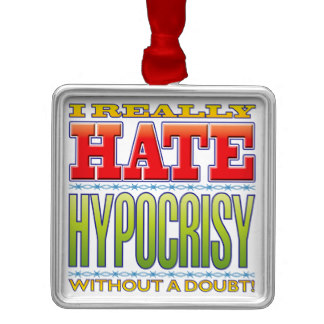 I grew up in a Christian household. The religion was indoctrinated in me along with all the ancillaries of it: Sunday school, Easter, a religious elementary school, and of course, that magical time of the year: Christmas! There was never a day of the year that felt more special than December 25th-which unwrapped the feeling of getting up before sunrise to dash downstairs, open all the gifts and share this enthusiasm with my siblings. Today, I am agnostic. I believe in a higher power (whether past or ever-present), but I do not know the most rudimentary fact about this entity, and I certainly don’t know if he/she/it has a son named Jesus. Therefore, I find it hypocritical to celebrate a Christian holiday without being a Christian. So why don’t atheists?

90% of Americans celebrate Christmas according to a Pew Research poll. Yet only 71% of Americans are Christians. That means 19% of Americans are Christmas Crashers. Jesus Cheaters. Math is not my strong suit but one does not have to be John Nash to know that adds up to millions of ’em. I have known atheists who go out of their way to ridicule the intellect of Christians and mock their faith, only to just as overtly celebrate and promote the biggest day of the religion. Could there BE a more blatant display of hypocrisy?? The most common defense to their celebration is, “Christmas has nothing to do with religion for me. It’s just a holiday to spend with the family and it takes me back to my childhood.” Aside from the fact that they conveniently omit the fact that they are showered with gifts…though, to be fair, they in large part selflessly shower others with gifts as well…this argument is a negligent one for many reasons. For one, you don’t get to redefine something that is historically, syntactically, and fucking OBVIOUSLY what it appears to be. And further, it is negligent due to the glaring hypocrisy of many atheists.

The Propaganda Hypocrisy: You know, there are lots of atheists who celebrate Christmas and fail to say an ill word about the religion. This section is not aimed at them; although they are far from being exonerated…I’ll get to them next. But let’s get the biggest offenders out of the way first. Those who openly and repeatedly mock those who believe in a God, or, as many have gibingly coined him, “The Flying Spaghetti Monster.” Many of these atheists accuse Christianity of injecting our youth at an early age with the shrapnel of tradition when they are most vulnerable and apt to follow along blindly to the ways and beliefs of their parents. They also are the first to smear Christians with the stereotype of being overly assertive with their religion–forcing it down anyone’s throat who opens their mouth to utter even a syllable of blasphemic rhetoric. In short, they accuse Christians of aiming to brainwash society—more successfully the youth, and successfully or not: attempting to do so at the annoyance of the secular masses. But here’s where the hypocrisy comes in: These atheists are HELPING spread Christianity also! So even if Christians WERE attempting to brainwash anyone, by taking part in its biggest holiday, these atheists are helping them do it! Christmas is like the Super Bowl of Christianity. Much like the NFL, even if many are not a fan of the sport, they still will tune in to the Super Bowl because of its popularity and all the pomp and beguilement of the event. And with that popularity comes a sense of…belonging. Of not feeling left out. That’s human. What’s douchey is talking trash about the sport for 364 days of the year and then taking part in its biggest celebration just because of the benefits that come with it. And it’s triple the douche factor when we are talking about a subject as sacred as religion. For every person who participates in Christmas, they foster the popularity of it. And every year Christmas maintains its unparalleled popularity, the religion gets a free plug. It continues to solidify itself in the minds of children…and therefore future generations…and continues to squeeze in a yearly ad on the brainpages of all Americans–secular and pious alike. If, according to these atheists, Christianity and all its sects—from the extremists to the just plain obnoxiously preachy—do nothing but spread propaganda every chance they get to promote their religion like many colonists before them (and let’s not even get started on THAT), then in celebrating Christmas, wouldn’t these atheists, as true hypocrites blind to their own hypocrisy, be helping them do so?!

General Principle for the General Population: There are true believers in Christianity. Is it just me or should Christmas be their day? Their celebration? The spirit of Christmas is about sharing, so “true” Christians do not mind sharing this holiday with atheists. But dammit, they should! Even if the offense is only extracted from the hypocrites described in the paragraph above. There are Christians who go to church often, pray regularly, and most importantly, simply believe. The way I see it, Christmas should be for them. The gifts. The lights. That damn tree. All of it should be for Christians because they earned it, and have paid their dues….even if the only toll was the fee of belief.

The Exception: There is a plausible exception, however. If one is in a relationship, it does make perfect sense to take part in the Christmas festivities so that one’s partner does not miss out on celebrating his/her holiday to the fullest. Consider this a “guest pass.” A “plus one” if you will. Relationships are about making sacrifices, and celebrating the joys of the Christmas season and holiday with that special someone is a “sacrifice” that seems very easy to make. If, however, an atheist chooses not to celebrate the holiday, relationship or not, there is nothing wrong with that. In fact, their resolve and discipline should be commended.

The Should-Be Silent Observers: If one is an atheist and chooses to take part in Christmas, the least that can be asked from these folks is that they do not speak ill of the religion on all the other days of the year. Therefore, if one chooses to be an atheist and celebrate Christmas, it would seem reasonable that they be silent, or at least much less publicly vocal about either

A. Their lack of respect for the Christian faith or
B. Their zeal for Christmas

But to repeatedly and constantly poke fun at Christians and then repeatedly and constantly talk and post about how joyous the Christmas season is….that’s a head scratcher and is worthy of being a head smasher. To constantly mock Christianity and then celebrate its biggest holiday is a most prime example of one wanting to have their cake and eat it, too. Because yes, Christmas is a CHRISTIAN HOLIDAY! DEAL WITH IT! And that is an undeniably obvious fact that in spite of all the commercialism, nostalgia, and secular ornamentation that come with the season, even atheists HAVE to believe.

5 comments on “Dear Atheists, Christmas is a Christian Holiday. Deal with it.”