From Alma Mater Vol. 2: The Northeast
Available Now for only 99 cents!
(Link Provided at End of Piece)

It’s an Iota house party on a Friday night,
and as its tempo begins to pick up,
bodies begin to move.
Anybody who’s been to a college party
knows that dances do not last for long.
Partners may change before the song is over
or at the most
go through the night
into bedrooms where the rhythm is
heightened. For two members of the
MSU Modern Dance Ensemble,
they have danced together into places
even the most keen performance spectator
remained oblivious. Under violet stage lights
set to “Like You’ll Never See Me Again” by Alicia,
with the attendance capacity for two’s love
set to their new record.
They’ve learned from the best marching band in the state
how to move in unison. They agreed not to play the heart
like a trumpet, but to find true love’s highest playing card & trump it.
The wall at this frat party is lined with bystanders.
Watching the sweat fly as bodies connect for
a temporary spark. Indeed love is a hard grind,
it takes more than sweat for its tiles to secure,
both sides must work the floor.
The dancers danced into the night after one of their
more provocative performances,
and for their four years at MSU, they kept dancing.
They danced on for a lifetime of laughter, grandchildren,
and song,
and found a permanent home in one another’s love.
One left the party when it was her time,
And the other’s steps were not far behind.
With the heavenly sounds of MSU’s choir
still in them,
they had something to dance to when they leapt
into one another’s arms…
and into their
Homecoming. 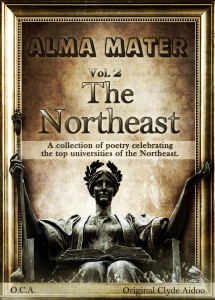